Fire chief, Joe, proposes to Ashley 100 feet up in the air in the bucket of his firetruck!!!

Joe was out with friends when he saw Ashley for the first time. She was absolutely stunning and he really wanted to impress her and stand out, so when they exchanged numbers, he put his number (and firefighter information!) in her phone and told her he’d call her in three days.  He called 3 days later and they set up their first date.  They had so much in common, somehow by the end of that date Ashley already knew that Joe would be her future husband!

Fast forward a few years to the proposal… Ashley and Joe are best friends, she is teaching and Joe is a Fire Chief at the local fire station. Joe knew that he wanted to do something really special for Ashley when he popped the question. Joe told Ashley he’d like to show her the view from the top of the ladder truck. He was so nervous, but played it cool, she didn’t suspect a thing. He waited until they were 100 feet up in the air and asked for her hand in marriage!

For this half of their engagement photos (see the first half here), we visited the fire station and captured the lights, bucket truck and much more.  Check it out  😉 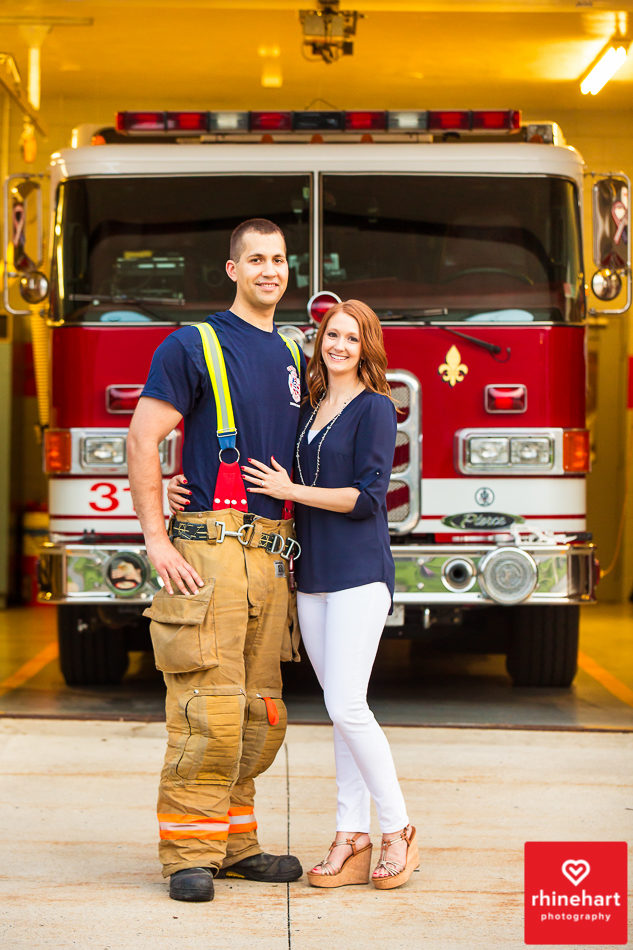 […] This family photograph totally reminds me of their firefighting engagement session! […]