Luke approached me looking for modern head shots to use for casting submissions for national acting and TV jobs.

He has been on some serious shows including House of Cards and Veep, so getting a variety of looks that would work in different roles was important to him.

Here is a more serious photo from the end of the shoot, it is probably my favorite from our session… 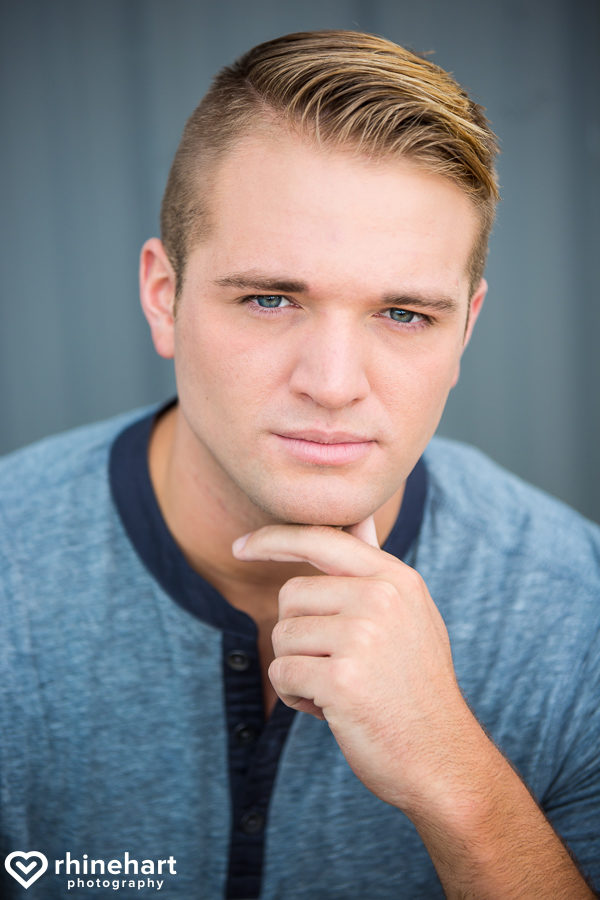 Luke shared that selecting me as his photographer was a no-brainer, that I am a joy to work with and my photography speaks for itself.  He said he knows that I see the best in him and we “get” each other, so I’m the first one he contacts!  Thanks Luke, I’m blushing, I feel just as fortunate to work with you!

We shot in an industrial location that was neutral and would allow Luke to be the main focus of the image.  I used an intense flash in the next image to bring out Luke’s eye color and used a background that read “bright” and almost beachy to me.   I also think it shows off Luke’s friendly, approachable, upbeat personality. 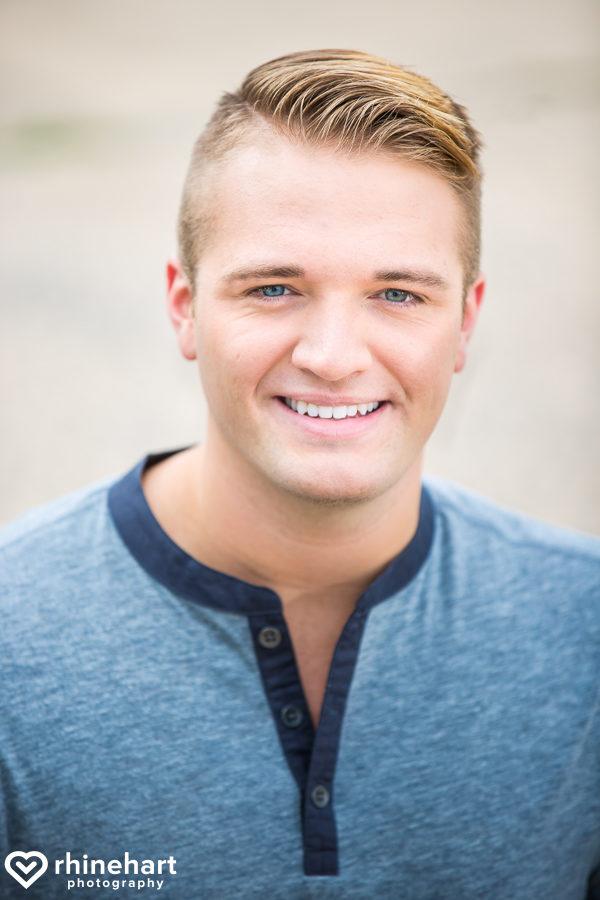 Luke and I discussed wardrobe, location and goals prior to the session so I knew exactly the looks that he wanted to portray.

I chose an industrial setting because it felt modern, non-specific and had neutral backgrounds and great light.  He wore a simple, neutral wardrobe– dark jeans and a gray henley.   The wardrobe and setting complimented each other to create a broader appeal for casting.

Here is a full body shot– while our focus was head shots, I thought this might be a nice addition, plus the setting looked pretty cool.

Luke is just about to graduate (a semester early, this young man is driven!) with a Media Studies and Production major.  He looks at home in front of the camera, but has done plenty of work behind the scenes as well.

He has interned as a writer for The Tonight Show starring Jimmy Fallon, and created, produced and hosted “Temple Talk,” the first ever entertainment talk show on Temple University TV.

This next photo feels so authentic to me as it features Luke’s natural smile & laugh– he’s even sitting on a directors chair!   For me this image shows that he is a positive, friendly, go-getter…

While I opened with a similar serious version, I am still a fan of this smiling one as well.  I think the blue-gray background of the steel really brings out his eyes and contrasts his blonde hair making it “pop.”

It was also the end of the session so he was comfortable in front of the camera and I had found the best angles and lighting for him.

While my wedding coverage begins at 9 hours, and my traditional portrait packages begin at 2 hours, having a shorter head shot session with Luke was such a pleasure and I hope he is as happy with the results as I am.

Luke, I know you have a very bright future ahead of you and can’t wait to see what you will accomplish!

For some old-school photos of Luke on my blog, check out his senior portraits in NYC and him as the man-of-honor in his sister’s wedding.  🙂