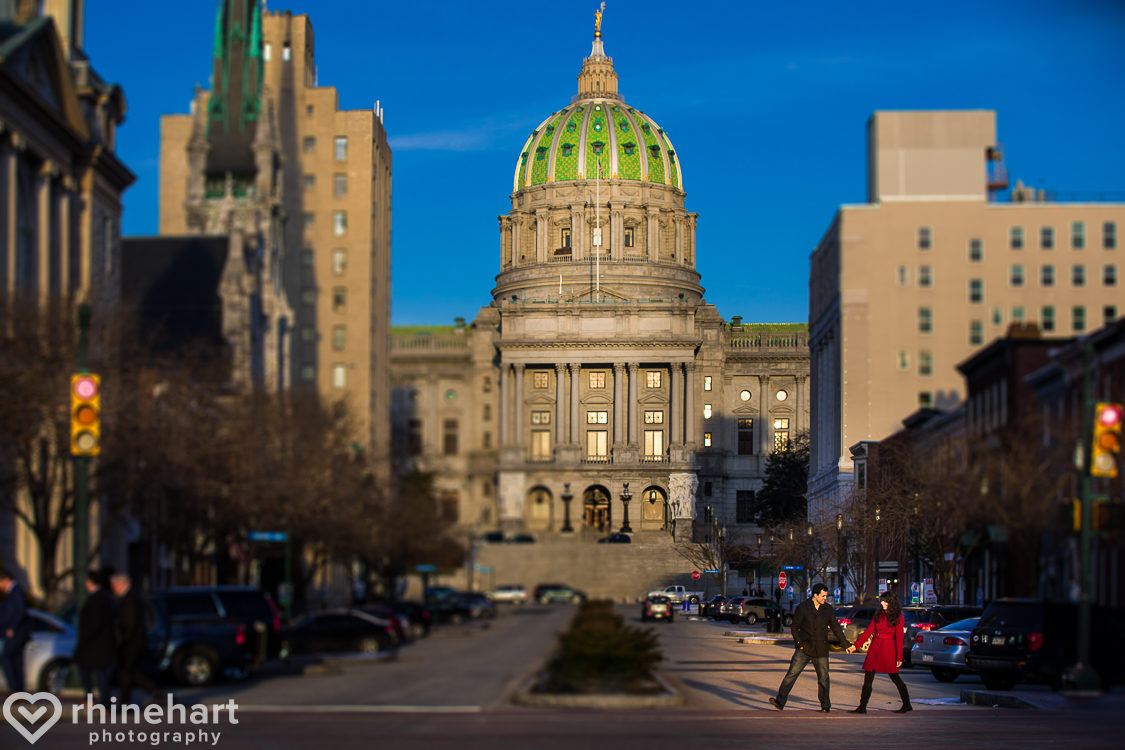 After following my work for *6 years,* long before she even met Horacio, Nicolle knew I would be her wedding photographer…

Nicolle smiled, “Several years ago, family friends posted the most incredible wedding photos! I was blown away, and started following their photographer, Lisa Rhinehart, on social media with the setting of “see first,” so I would never miss a post. When Horacio talked about proposing, I told him Lisa was our only option. Horacio, being true to himself, spent an entire evening researching other wedding photographers, but by the end of the night, he couldn’t help but agree that Lisa was “the one.””

She laughed, “Even before the proposal, we reached out to Lisa about dates!  I knew she booked up quickly, so we decided to book her before we even got engaged!  She accommodated us by meeting over video chat when I was visiting Horacio in Texas!  There was no doubt in my mind, photography was always my number one priority when it came to our wedding budget, and we had to have the best! ”

Horacio added, “Another big plus was the affordability of someone of her caliber. We compared her price to other photographers and really none we could find could even approach her skill and artistic ability. Lisa seems to have a way of documenting the parts of the wedding in such a detailed but personalized way for each couple and in a way that has an incredible impact. We are both very excited about our wedding and having it captured beautifully by such a talented individual.”

Wow, thank you so much, guys!  This is really the highest compliment I can receive and it means so much to me that you have put your trust in me!  Speaking of finding “the one” uncountable they have found that in each other!  They have so much chemistry and are so affectionate.  It’s really sweet.  How incredibly loved is this woman? 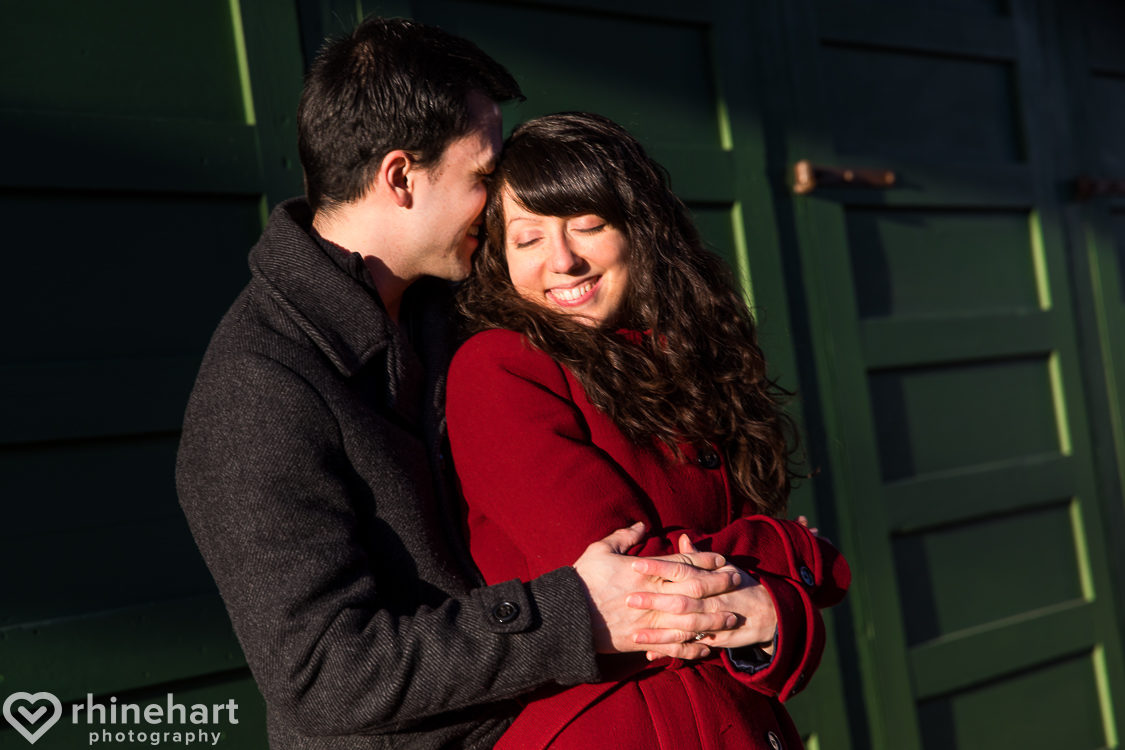 I knew how much Nicolle appreciated the color and creativity of my photography.  Here I snagged an interesting perspective from under the stairwell, capturing the natural wood and golden light streaming through the window, drawing attention to the happy couple as they share a glass of wine. 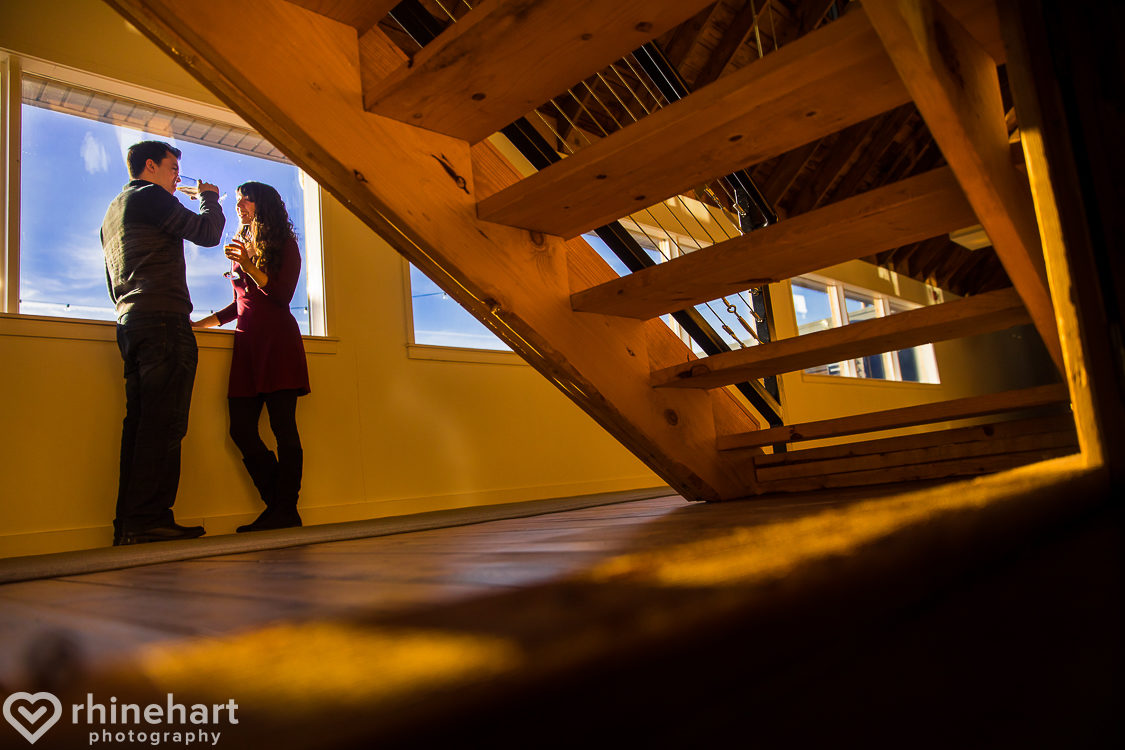 I love to support local businesses and suggested a few places that might work well for their shoot.  One was Millworks, which I love.  They both shared a glass of wine there.

Here I took that a step further, capturing their reflections in the wine glass– look very closely, do you see them?

Millworks not only has tasty drinks and food, but art as well!

Nicolle explained, “I flew from Pennsylvania to Texas to visit my twin sister. Before the trip, my sister would joke that I would meet a cowboy while I was down there and fall in love. Little did we know, haha!!!”

Nicolle shared, “My sister took me out two-stepping with a group of friends that evening.  It was the last song before we were going to go, when Horacio came over and asked if he could sit next to me. We started talking and he proceeded to teach me how to two-step in the back corner of the bar…”

Nicolle continued, “I felt drawn to him– he was fun, happy, and attentive, and I started falling for him on the dance floor.  Even though everyone told me I was acting crazy and very unlike myself, but my heart was telling a different story.  It’s funny, I feel like God was telling me from the minute we met that this boy was something special.”

Horacio shared warmly, “I love her cute smile, big beautiful brown eyes, and her confident aura. Outward appearance is nothing compared to who I know she is on the inside – a beautifully sweet, down-to-earth individual, who God has truly blessed me with. I had no idea that this girl who I’d meet on the dance floor and then leave to go back to Pennsylvania (1700 miles away), would end up one day becoming my wife!”

He continued, “She went from stranger to the one who I feel most comfortable to be my true self with and have the most fun with. We both have a love for life and desire of living in the moment, and I feel we always try our best to embrace whatever new journey or adventure comes our way.”

These two love coffee, so we stopped at Little Amps Coffee Roasters on State Street in Harrisburg…

Nicolle explained, “It’s also amazing how much we have grown together through 2.5 years of long-distance, and now two months of being together here in Pennsylvania. Horacio is energetic, paaaaaaasionate (as he would say), super silly, spontaneous, surprisingly introverted, and has such a big heart. The way he cares for me and shows his love for me can take my breath away. I know that sounds cliché. It’s just really incredible to look back at our journey thus far, to see where God has brought us, and to see how we are better together than we ever were apart. I never knew I could love someone this much.”

I loved the colors and lighting of this shot.  Vibrant green, red and blue– all the lines, the intensely warm sunlight and cool tones.  To me, it said: fun, happy, modern, passionate and authentic.”  It felt so right to me…

Horacio humbly admitted, “We went from meeting on the dance floor right into a long-distance relationship and I had certain nagging feelings that even though it felt so right and that literally no one else understood me so well, the long-distance aspect caused me to fear that it could unexpectedly end or that our relationship could fizzle out due to either of us growing tired of the distance.”

He went on, “Over time though, this changed and I eventually came to realize that as our trust and love for each other grew, it gave way to the confidence and knowledge that we’d one day marry and that nothing would be able to separate our love. God continued to open the doors and lay the path to our being together, and I thank God for his provision and blessing me with my beautiful future wife.”

While I primarily focus on candid moments and getting creative, I do take some time during a session to photograph more traditional portraits… this one is my favorite of them and came right at the end of the shoot when they were feeling most comfortable in front of the camera:

Nicolle laughed, “Horacio told me he wasn’t proposing until Thanksgiving, which I wasn’t happy about. I wanted to be engaged that summer, because we had already decided on August 2020 for our wedding (I mean, we already booked the photographer…haha), and I wanted as much time as possible to plan the wedding. We had a New England road trip planned for the end of summer, and I hoped that he might propose to me then! Horacio had been talking nonstop about this castle he wanted to take me to in Connecticut, and I was certain that would be the backdrop to our proposal story.”

A bit of a steamy backdrop to set the scene…

She continued, “After two days in Boston, we woke up the morning of the third day, with our destination of Connecticut and the castle. Horacio encouraged me to wear this cute dress I had bought the day before, which got me more suspicious. We stopped in this cute village near Mystic and walked around…until it started pouring rain. It wasn’t even supposed to rain that day!! To leave, you had to go over the only bridge in town, which was very backed up. Sirens were going off, and we discovered they were closing the bridge due to all the flooding. By the grace of God, we were the last car over the bridge!!”

She went on, “We were so stuck in traffic that Horacio said maybe we should forget about the castle, it might be closed by the time we arrive. I was not about to let go of my possible proposal due to getting delayed in traffic! So, after a quick bite to eat, I encouraged him to head straight for Gillette Castle. We made it just in time for the last tour! It was so beautiful, and we walked around the grounds taking pictures and laughing. The sun had come out, and it was a beautiful afternoon. We were out on the patio, and beside us *a wedding had just concluded* and everyone was so happy. I felt warm and content, and I was just soaking in the moment.”

Nicolle continued, “Horacio pulled me close, said a couple things about the future, and I knew the moment was here!  He looked deeply into my eyes, and said, ‘we need to head to dinner, you’ll get hungry soon.’   I was so confused and disappointed though I tried not to show it!  He also mentioned that he had written something for me that he wanted to read to me…”

She went on, “We shared the most incredible Vegan meal, but still no proposal, he didn’t even read what he had written!  We ended up walking along the water, and he asked me to turn around and look out to the water as he read his letter to me. I looked off into the distance and literally three words into his speech, I started emoting all at once – it was this strange laugh, cry, hiccup thing going on, haaaaa – I literally have never done that in my life!”

She concluded, “As he finished reading, I turned around, and he was down on one knee!!!  It was one of the happiest moments in my life. We walked back to the car, and Horacio broke down crying, too– filled with emotion and love. It is that vulnerability that he continues to show throughout our relationship that makes me fall in love with him more and more every day.”

She added, “Our engagement story isn’t a quick one to tell in passing – I haven’t been able to shorten it without leaving out key elements. I feel like it is so us – unconventional, with twists and turns, taking turns encouraging each other, lots of emotion, and so much love and joy – just as our journey began back in Texas, and as it continues into marriage and our new life together.”

Nicolle, I cannot thank you enough for following my work, and having it show up at the top of your newsfeed for six years!  For placing your trust in me and for booking me before Horacio had even popped the question!  I am incredibly excited to photograph your Westchester wedding this summer!